Brightwood, the eastern section of the neighborhood, was first platted in 1872 and amended in 1874. Railroad workers on the “Bee Line” were the first to settle the area, which soon became the railroad center of Indianapolis.

Possibly named in honor of local railroad figure John Bright, Brightwood was incorporated in 1876. The following year, the “Bee Line” opened a major yard and machine shop in the area. For the next two decades, the town developed autonomously until it was annexed by Indianapolis in 1897.

Martindale, the western section of the neighborhood, was settled by Frederick Ruschaupt and Gustave Zschech in 1874. Never an incorporated town, Martindale originally developed around Indianapolis Car Works, a railroad machinery factory established by Ruschaupt and Zschech in 1872. After two years in operation, Indianapolis Car Works went out of business, and the property was converted to Atlas Works in 1874. It was reorganized again as Atlas Engine Works in 1878.

Like Brightwood, Martindale’s industrial growth was supported by neighboring railroad lines, including the Monon railroad and the Belt Line Railroad. It was also heavily supported by manufacturing.

Before the turn of the 20th century, the blue-collar population of Martindale and Brightwood included a mix of African Americans as well as a growing proportion of foreign-born or first-generation European Americans. African Americans largely resided in Martindale, particularly around the industrial center of Beeler Street (renamed Martindale Avenue in 1895). Brightwood, meanwhile, mostly attracted white residents, predominantly of German, Irish, and British ancestry. These residents developed the town’s business district and commercial center at Station Street. By the 1940s, most of Brightwood’s original railroad businesses had relocated to other towns. One of the earliest moves was by the “Big Four,” which opened its Beech Grove Railroad Shop in 1908. After experiencing a gradual decline in rail activity, Brightwood’s railroad station was razed in 1944. Its last railroad connection was lost when New York Central Railroad (successor to the “Big Four”) moved its operations to Avon in 1960.

With the loss of the railroad industry, Brightwood went through a period of transition. White residents began to relocate to Indianapolis’ newly built suburbs. This out-migration left behind a surplus of housing, which was mostly acquired by lower-income African Americans.

Throughout this same period, Martindale remained an African American center of small working-class homes intermixed with industry, such as Major Tool and Machine (opened in 1946). New housing developments, including Douglass Park and Kingsley Terrace, were advertised to black families in publications such as the Indianapolis Recorder. The Recorder made its own move to Martindale in 1975.

During the 1970s, Martindale and Brightwood experienced another major change: the creation of Interstate 70. To construct this highway, several homes and businesses in the area were demolished. In response to these losses, many residents relocated to other parts of the city. 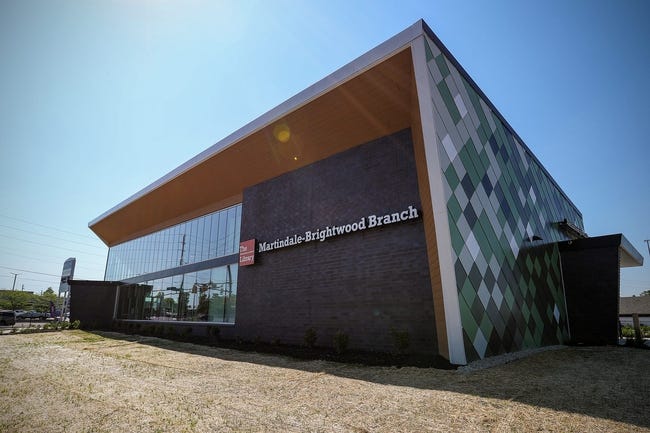 In 1992, the Martindale-Brightwood Community Development Corporation (MBCDC) was established to address residential needs and to serve as a catalyst for economic growth and development. MBCDC also served as the formal unification of the Martindale and Brightwood neighborhoods.

Since its founding, MBCDC has worked with its stakeholders to improve the neighborhood, which consists of residential homes, schools, churches, community centers, and industry. Recent additions to the area include Keystone Enterprise Park (2002), Felege Hiywot Center (2004), RecycleForce (2008), and KIPP Indy Public Charter Schools (2004, 2014, 2019). 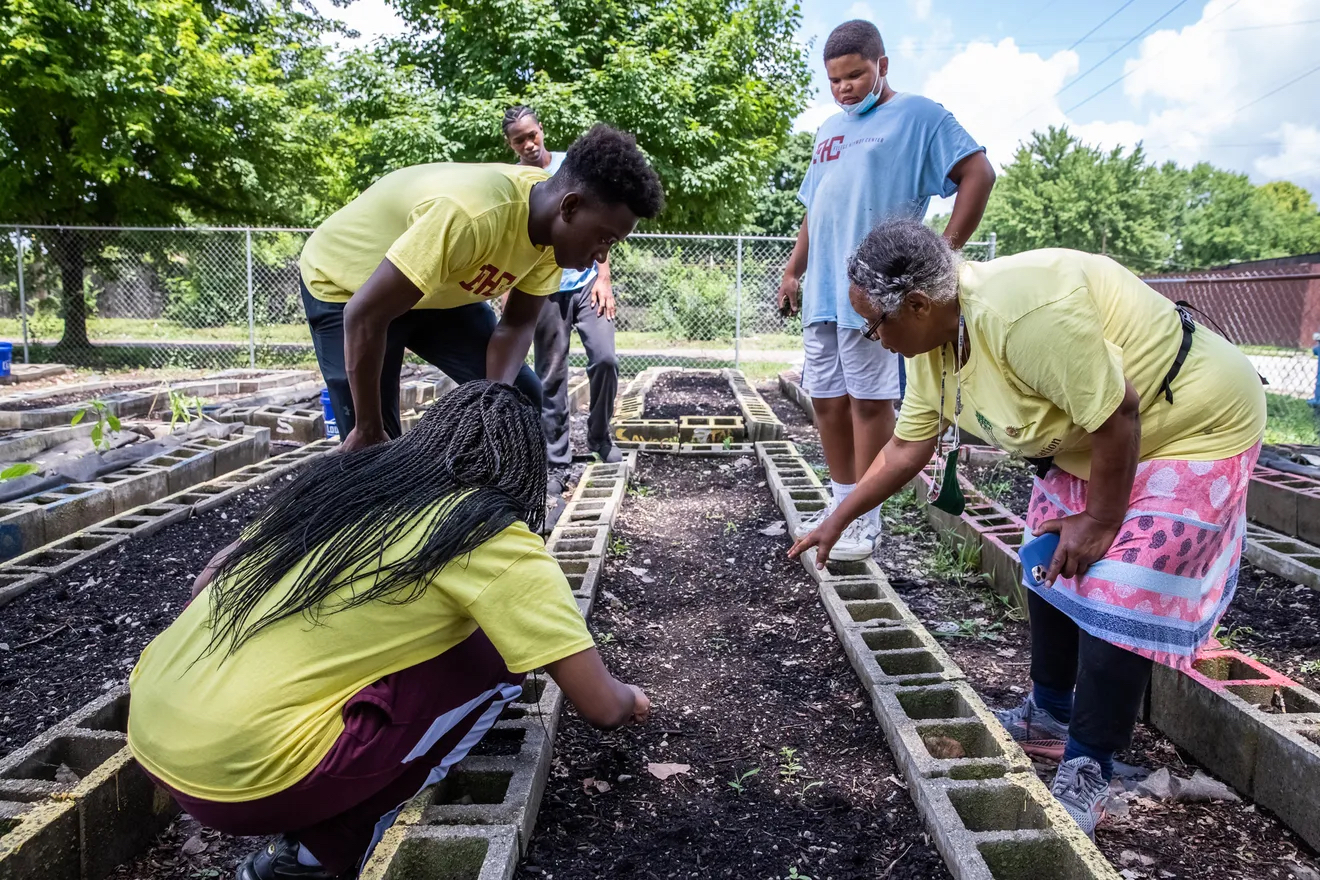 Aster Bekele (right), founder and executive director of the Felege Hiywot Center, instructs students to plant their plants down the middle of their garden, 2021
Credit: Mykal McEldowney/IndyStar
View Source