(Apr. 12, 1855-June 6, 1924). Born in Lawrenceburg, Indiana, Dunn came with his parents to Indianapolis in 1861 and attended the city’s public schools. A precocious student, he graduated from Earlham College (B.S. 1874) at age 19 and from the University of Michigan (LL.B. 1876) at 21. After practicing law in Indianapolis for a few years, he was sent by his father (along with two brothers) to Colorado in 1879 to look after investments in silver mines. He stayed for five years, prospecting for silver, researching Indian history, and working as a reporter for newspapers in the Denver and Leadville areas. Dunn returned to Indianapolis in 1884, where he made his permanent home.

Dunn first achieved public notice in 1886 with the publication of Massacres Of The Mountains: A History Of The Indian Wars Of The Far West, 1815-1875. The first scholarly treatment of the subject, based extensively on government documents, Dunn’s book was quickly recognized as a minor classic and is still respected by students of frontier history. It was reprinted in 2002 by Stackpole Books as the first of its Frontier Classics Series.

The reputation of Massacres prompted Houghton Mifflin to invite Dunn to write the Indiana volume for the American Commonwealths series. His Indiana: A Redemption From Slavery (1888; rev. ed., 1905), analyzing the history of the slavery issue in Indiana territorial politics, was well received. Meanwhile, Dunn had joined with Indianapolis historians William H. English and Daniel Wait Howe to improve the dilapidated Indiana State Library and to revive the comatose Indiana Historical Society (IHS), organized in 1830. Dunn became recording secretary of IHS in 1886, leading to its revival and expansion. Elected state librarian by the state legislature for two terms, 1889-1890 and 1891-1892, Dunn was able to improve the library’s condition notably. He also served on the Public Library Commission from its inception in 1899 until 1919 (president, 1899-1914).

Dunn, a Democrat (see Democratic Party), supported himself principally by his work as a journalist, writing political editorials for Indianapolis newspapers. His leadership of progressive reforms such as the Australian ballot (1889), the city charter (see City Charters), and the tax reform of 1891 had a significant impact on the city’s politics. He also ran for Congress, unsuccessfully, in 1902, and he served two terms as City Controller (1904-1906, 1914—1916).

Dunn produced a large number of historical works. He wrote five monographs for IHS and edited the first seven volumes of its Publications. He wrote for scholarly journals of history and political science and for biographical publications. His crowning achievement was Greater Indianapolis (1910), in two volumes (volume II is biographical). The first volume is among the finest of local histories, demonstrating an intimate knowledge of the city, a critical view of its development, and a lively appreciation for the personalities and events he describes. Indiana And Indianans (1919), in five volumes (three are biographical), also reflects Dunn’s command of the sources and his evenhanded approach. Both works remain indispensable sources for Indiana history.

Dunn made contributions to Native American ethnology after 1905 when he began the regular study of the Miami language with the aging Miami Indians Gabriel Godfroy of Peru and Kilsokwa, a granddaughter of Little Turtle, a chief of the Miami who gained notoriety during the period that U.S. Congress launched a campaign against Native Americans who raided early white settlers in the Northwest Territory. Supported in his studies by the U.S. Bureau of Ethnology (1908-1909, 1911-1913), Dunn created a dictionary that has helped to preserve the Miami language, though it died as a spoken language.

After a two-month trip to Haiti, prospecting for manganese in the winter of 1921-1922, Dunn joined the campaign staff of Samuel Ralston, who was elected to the Senate in 1922 and served as Ralston’s chief aide in Washington until Dunn’s death in 1924. 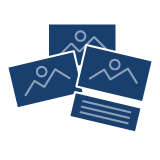 Located near the intersection of Acton and McGregor roads, Acton was… Read More »Acton

A product of the Indianapolis Bicentennial effort (2020–21), the digital Encyclopedia of Indianapolis integrates and accesses the explosion and fragmentation of knowledge created both as born-digital information and as a large new digital archive.
Useful Links
Indianpolis Bicentennial
Polis Center
Indianapolis Public Library
Have Suggestions?